28 Jun DISCOVER CHINA: TOP 10 THINGS TO DO IN SHANGHAI

Posted at 02:18h in Blog by travplanet 0 Comments
0 Likes

DISCOVER CHINA:
TOP 10 THINGS TO DO IN SHANGHAI 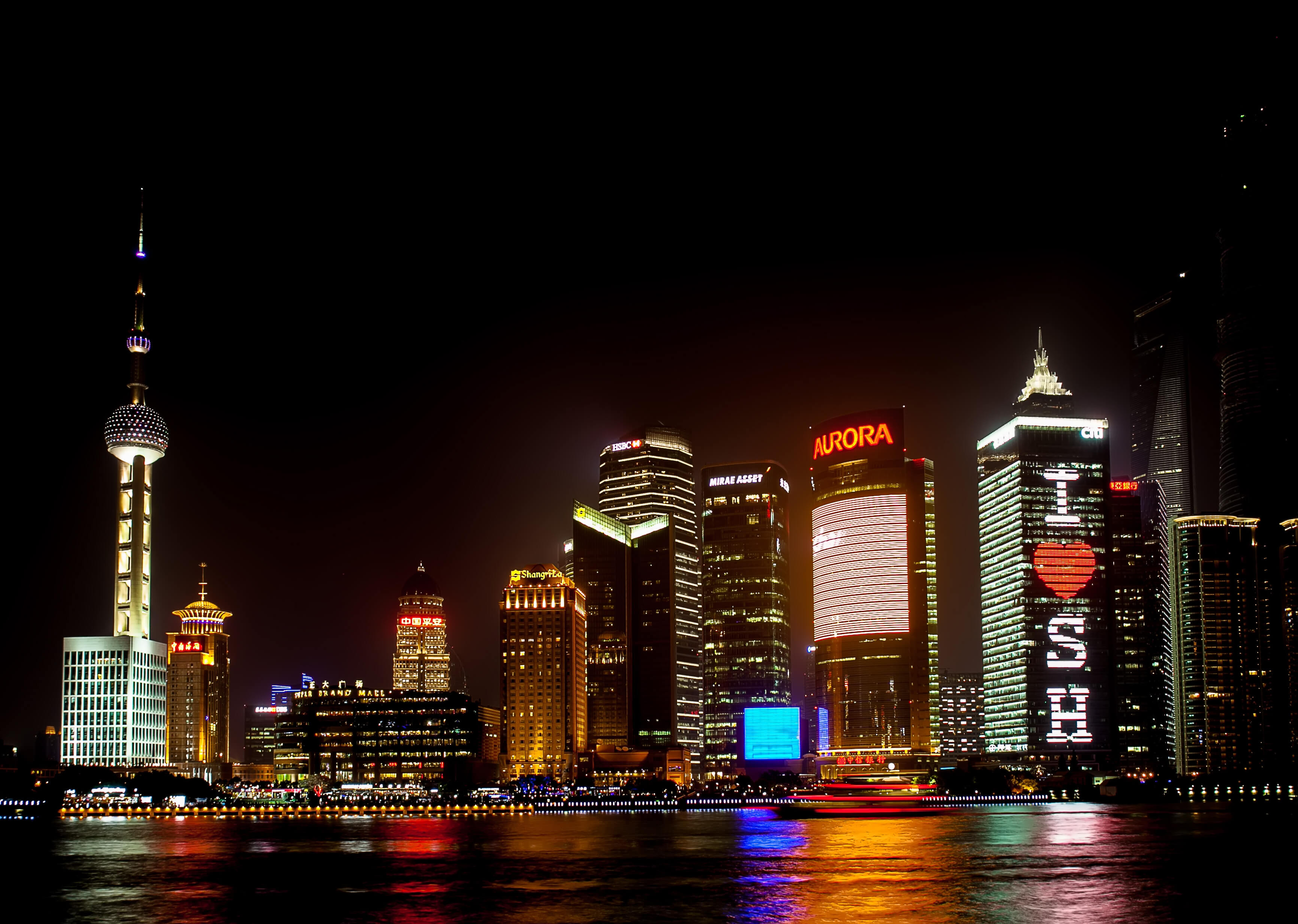 Shanghai – The Paris of the East

Call it ‘The Paris of the East’ or ‘The Orient of the Pearl’ Shanghai is the most tourist attractive city in Mainland China, a place hippier than Hong Kong and more entertaining than Beijing, the city is going through one of the fastest economic expansions. Offering visitors many flavors from historic colonial districts to modern skyline containing some of the world’s tallest and iconic skyscrapers. Shanghai, just like China as a whole is mostly famous for business and trade but if in case you don’t not know yet, let us tell you that it is a paradise for shoppers. You can shop till you drop! And when you are tired of shopping its time for the amazing food that city has to offer from local street food to the high-end Celebrity-Chef restaurants with flavors from Chinese, Western & International cuisines are there to treat your taste-buds. The city also has a rich cultural and art side to it, the local museums, art galleries and temples provide an extensive look into its rich heritage, culture and the modern art scene.

When traveling to Shanghai

Know where to go and what to see?

Shanghai is nearly a 1000 years old, for most part of history it was a small village and at the turn of 20th century it became China’s main trading port. Followed by the stagnation spanning decades due to geo-political issues Shanghai later became one of the Asia’s financial centers and the financial hub of China after the 1990 reforms and the resulting explosive economic growth of the country. 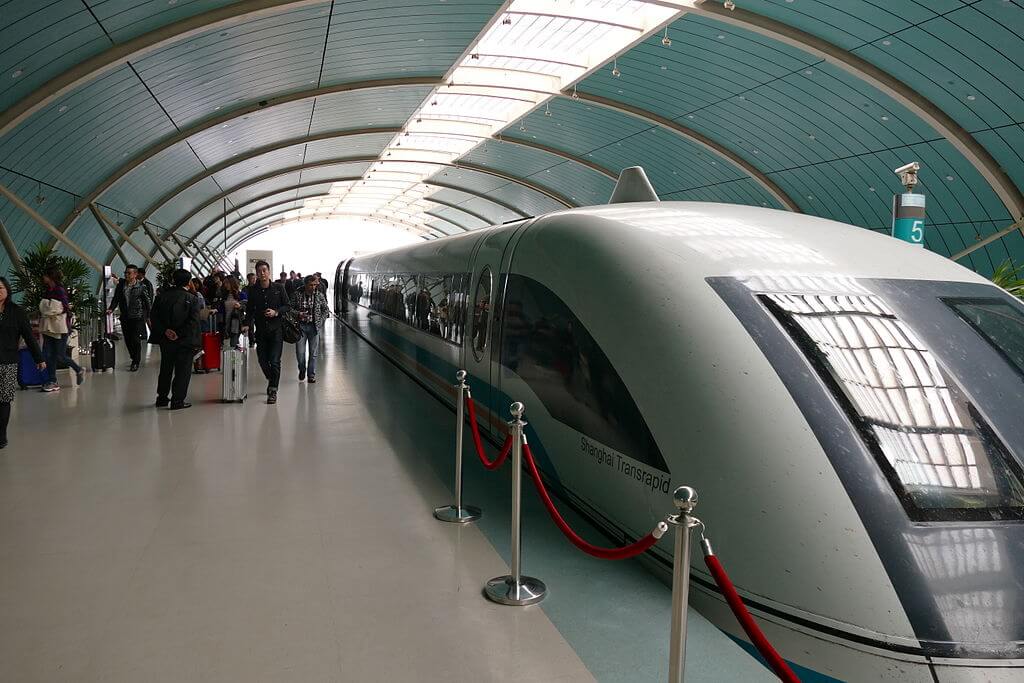 From Airport to city on Maglev

Maglev, magnetic-levitation train is the first of its kind to be commercially deployed anywhere in the world. The train is a welcome message from Shanghai to its visitors, operating only between Shanghai International Airport and the city. Built more as a prestige project to impress visitors than actually serving daily local commuters. The train reaches a top speed of 430 km/h (267 miles/hr) and might leave you feeling a little disoriented but its a ride worth trying.

For the semi-geeks like me, magnetic levitation means that the train is suspended through magnetic field and has no physical connection with the track, technically its in the air. 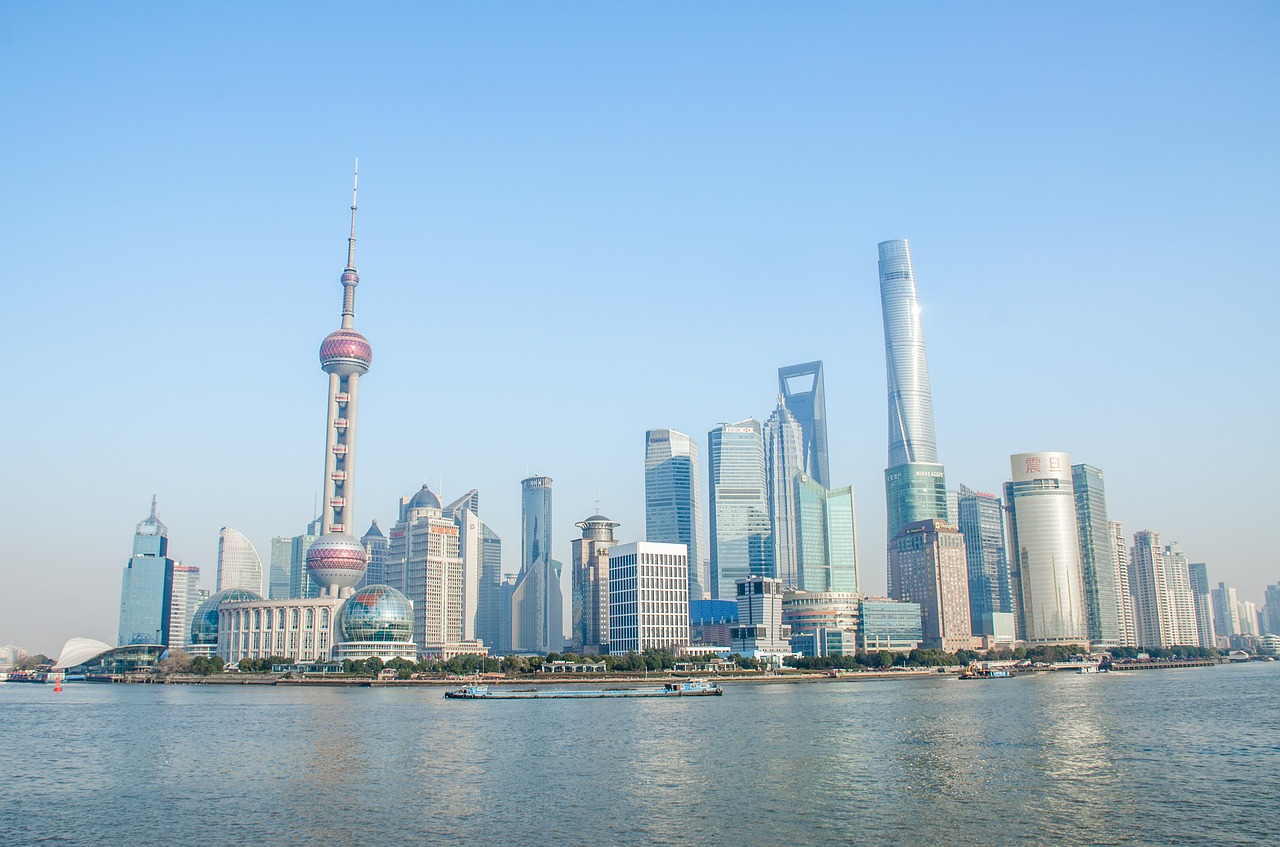 View from the bund

The Famous Shanghai Bund The River, The Pudong & The Puxi

Like many other popular cities worldwide Shanghai also has a beautiful waterfront area called ‘The Bund’ (Wai tan). Located in the heart of Shanghai it is a must-see for visitors. Here you can enjoy the best views of the city and not to mention the beautiful Shanghai Skyline. The best activity here is to walk around, snap pictures and enjoy the views. 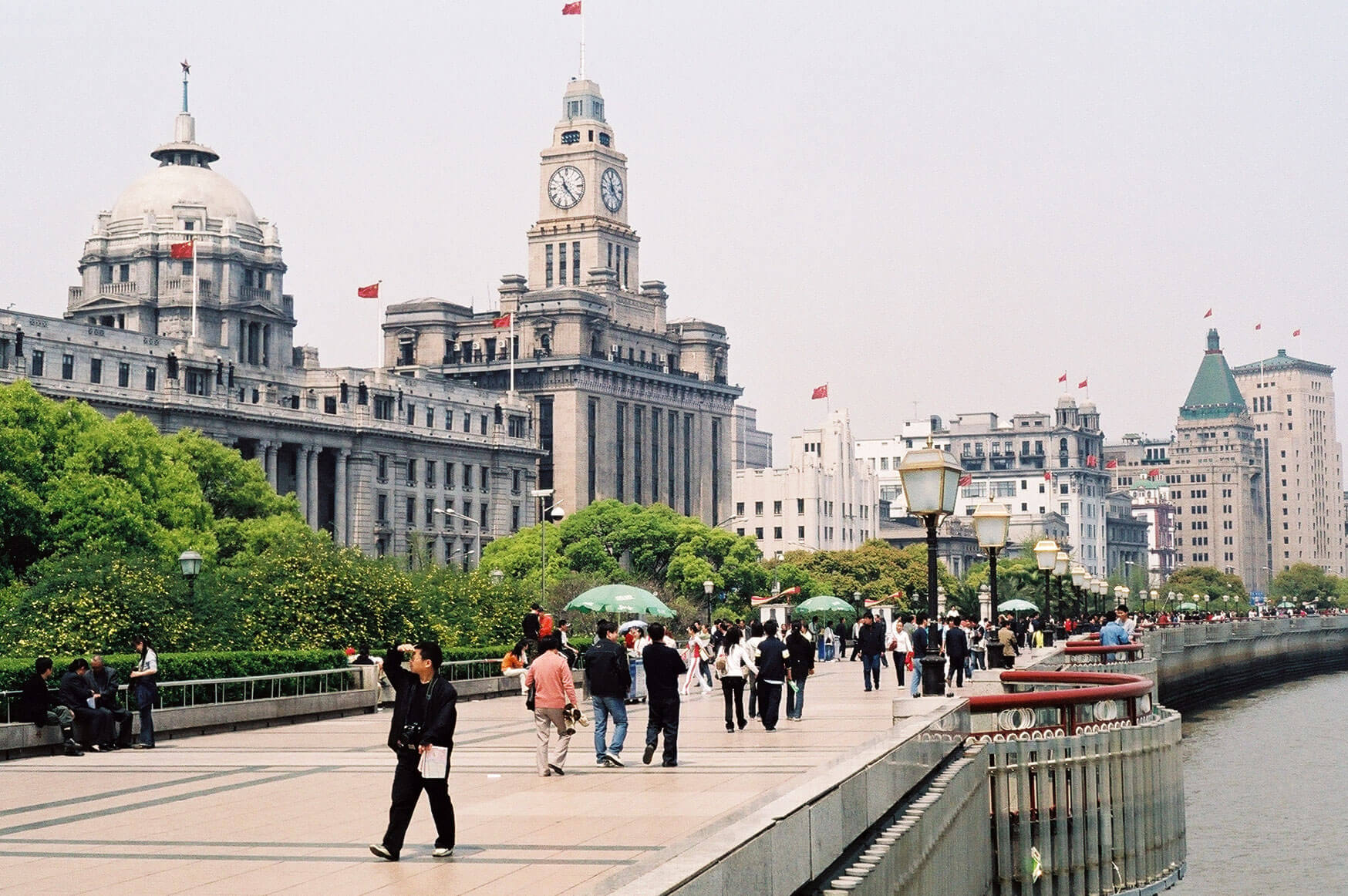 Huangpu River not only divides Shanghai geographically but also in time. On one side of the river there is the modern district of Pudong while on the other side is the city’s historic district of Puxi. Which one of them is better is a never ending argument for the residents.

Pudong represents the modern aspect of Shanghai having Lujiazui financial and trade district, Shanghai stock exchange and China’s best known and tallest buildings such as Oriental Pearl Tower, Shanghai World Financial Center, Jin Mao Tower and the latest addition to the landscape is ‘The Shanghai Tower’.

Despite all the glitter of Pudong Puxi remains the cultural and entertainment hub of Shanghai. All the main activity centers of the city are located here, from major shopping centers such as East Nanjing Pedestrian Road, Qipu Road Apparel City, Central Huaihai Road, the major bar streets, Shanghai Museum and Shanghai Grand Theater are all found here and the Bund. 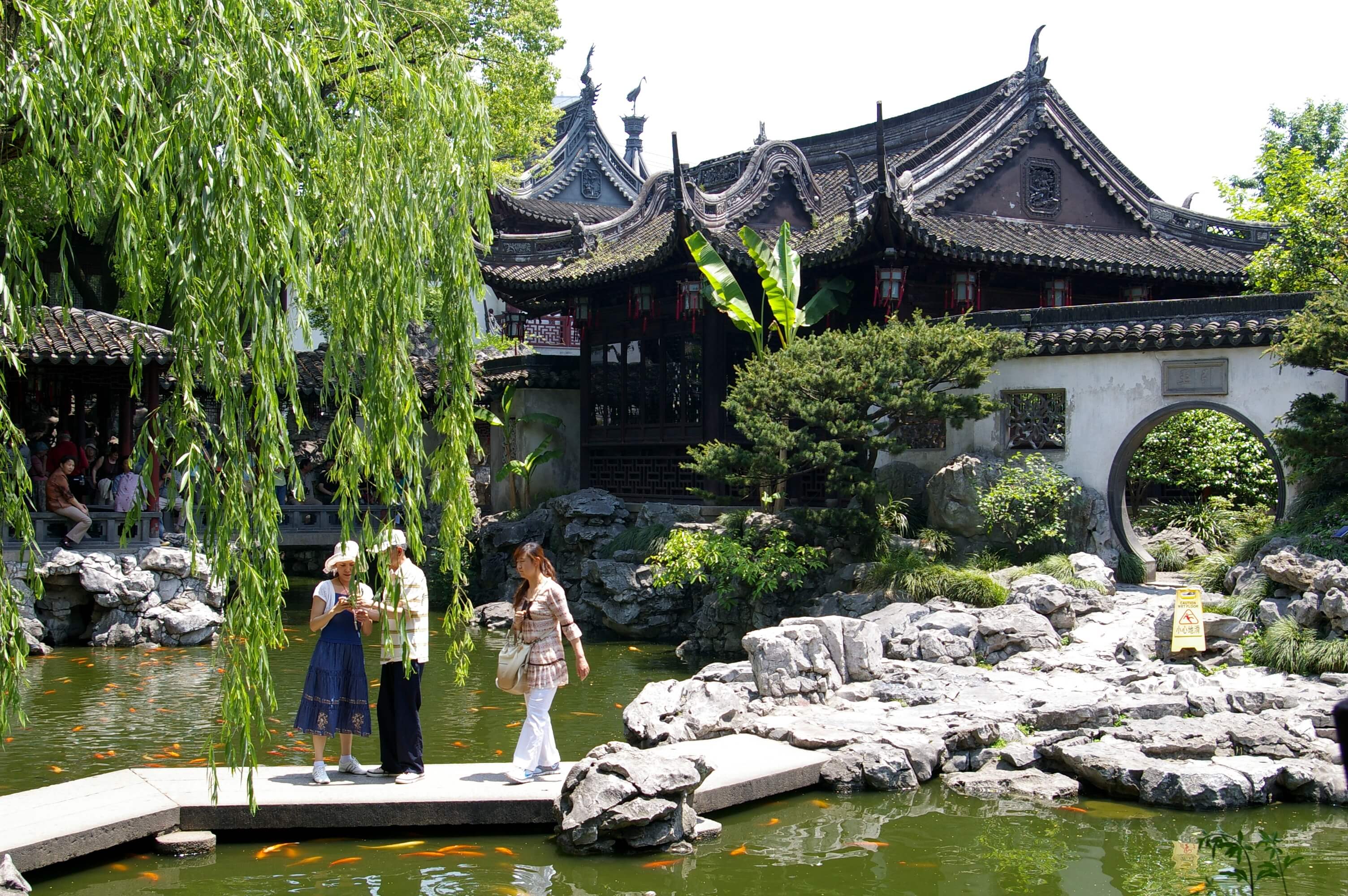 Yuyuan garden are situated in the heart of old city only a few minutes walk from the bund. It was built during the Ming dynasty and is nearly 400 years old. It went through renovations many times during the past 400 starting from the fall of Pan family (the first owners and developers of garden) to the last last major renovation project undertaken by the Chinese government from 1956 – 1961.

Yuyuan gardens cover an area of 20,000 square meters (roughly 5 acres) and with more than 40 attractions divided in to six main sections. Wandering in the garden you will come across pavilions, corridors, streams, courtyards, halls and many other buildings of interest. Along with other attractions it includes cultural relics such as calligraphic art and paintings, century old furniture, brick carvings, clay sculptures and the main highlight is an ancient Jade rock, a 5 ton porous rock believed to have been discovered a 1000 years ago and originally belonging to a private collection of Song Emperor Huizong. 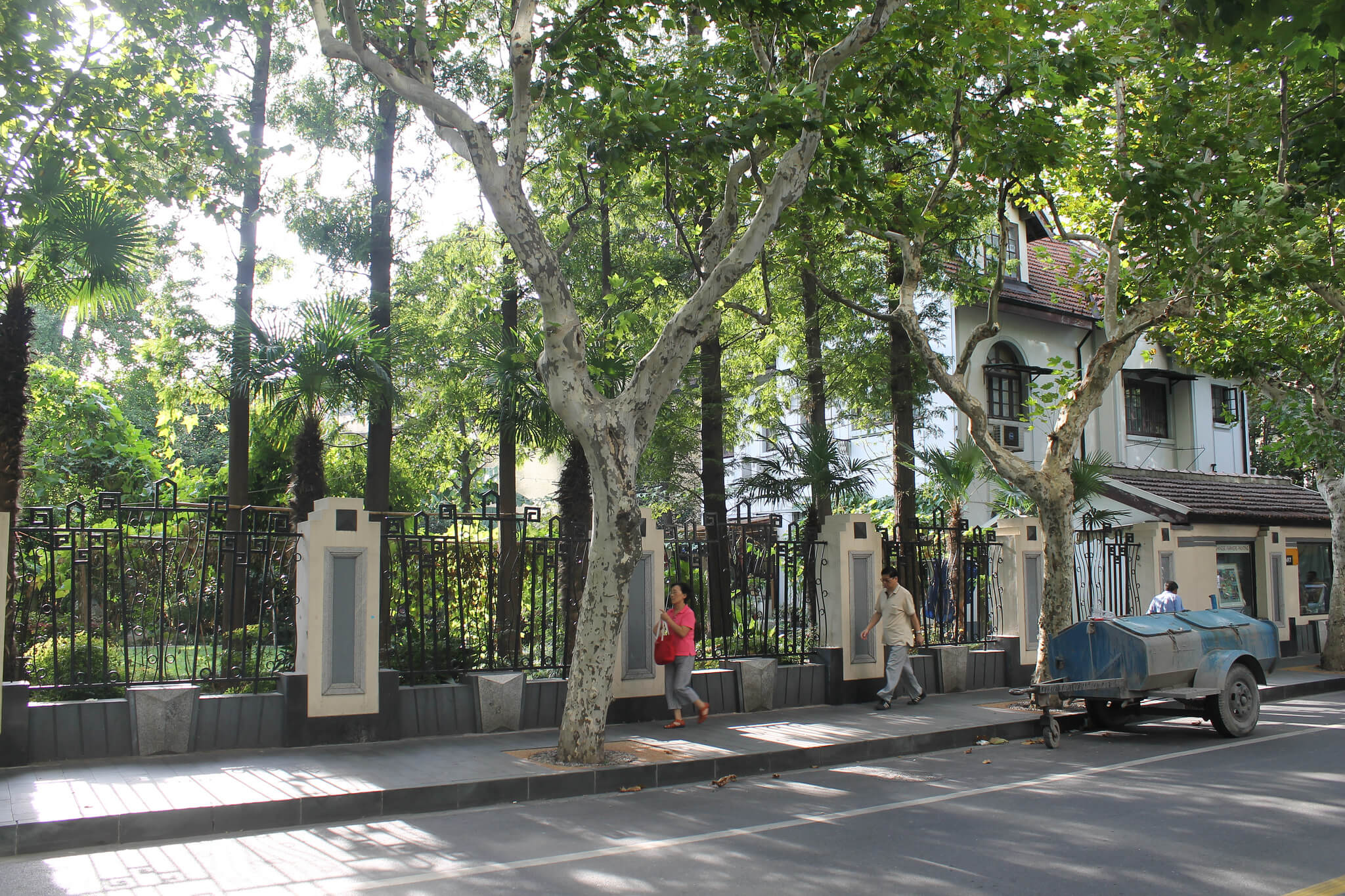 The Former French concession (FFC) is one of the most popular places to visit in Shanghai. The old French Concession established in 1949 provides an interesting contrast to a city otherwise dominated by modern development and skyscrapers. It is also one of the most sought after residence for expatriates. It can make visitors feel like they have traveled back in time to Europe. The most noticeable feature is beautiful and calm tree-lined avenues with a huge variety of cafes, restaurants, antiques galleries. The town is big in size and you would love to stroll around. The spots attracting more tourists are Tianzifang and Xintiandi. And if you would like to shop then head over to Huaihai Lu which is one of the popular shopping streets. Since its not possible to cover FFC in one visit we would recommend following key streets to get the most out of it Wukang Lu, Fuxing Lu, Julu Lu, Tai’an Lu, Dongping Lu, Taojiang Lu, Yongfu Lu, Wulumuqi Lu, Xinle Lu and Changle Lu. 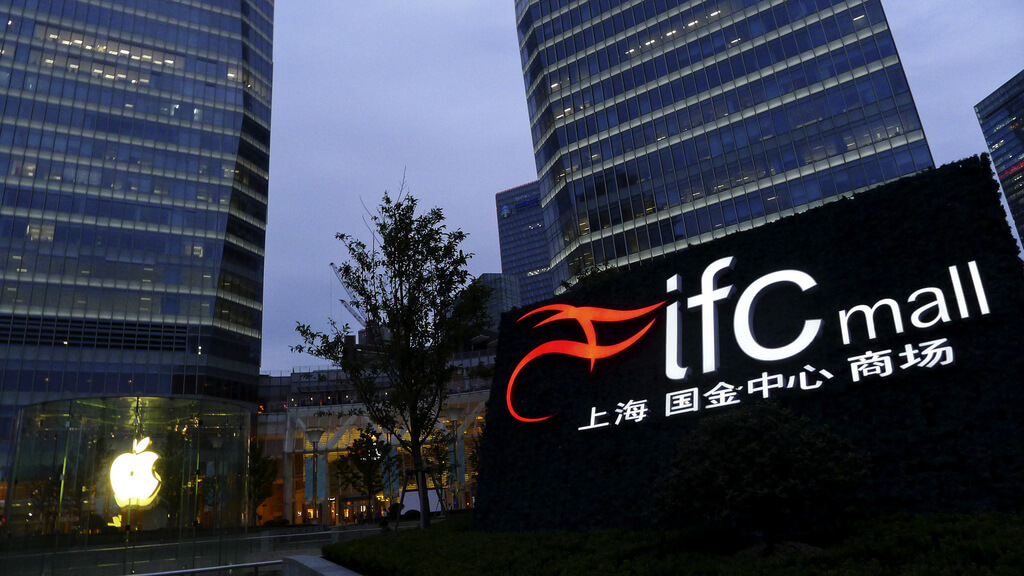 Shanghai IFC Mall is one the biggest shopping mall in China. Featuring the biggest luxury names from fashion in the world along with an impressive food court. Shopping and eating is expensive here but its all worth it. Armani Exchange, Gucci, Dolce & Gabbana, Bvlgari, Louis Vuitton are a few of the big names to mention. If shopping is not the prime concern then you should enjoy the wide range of cuisines available from local to international, IFC features one of the best restaurants and because of its location in Pudong you can easily reach other tourist spots nearby such as the Oriental Pearl Tower so we definitely recommend adding it your list. 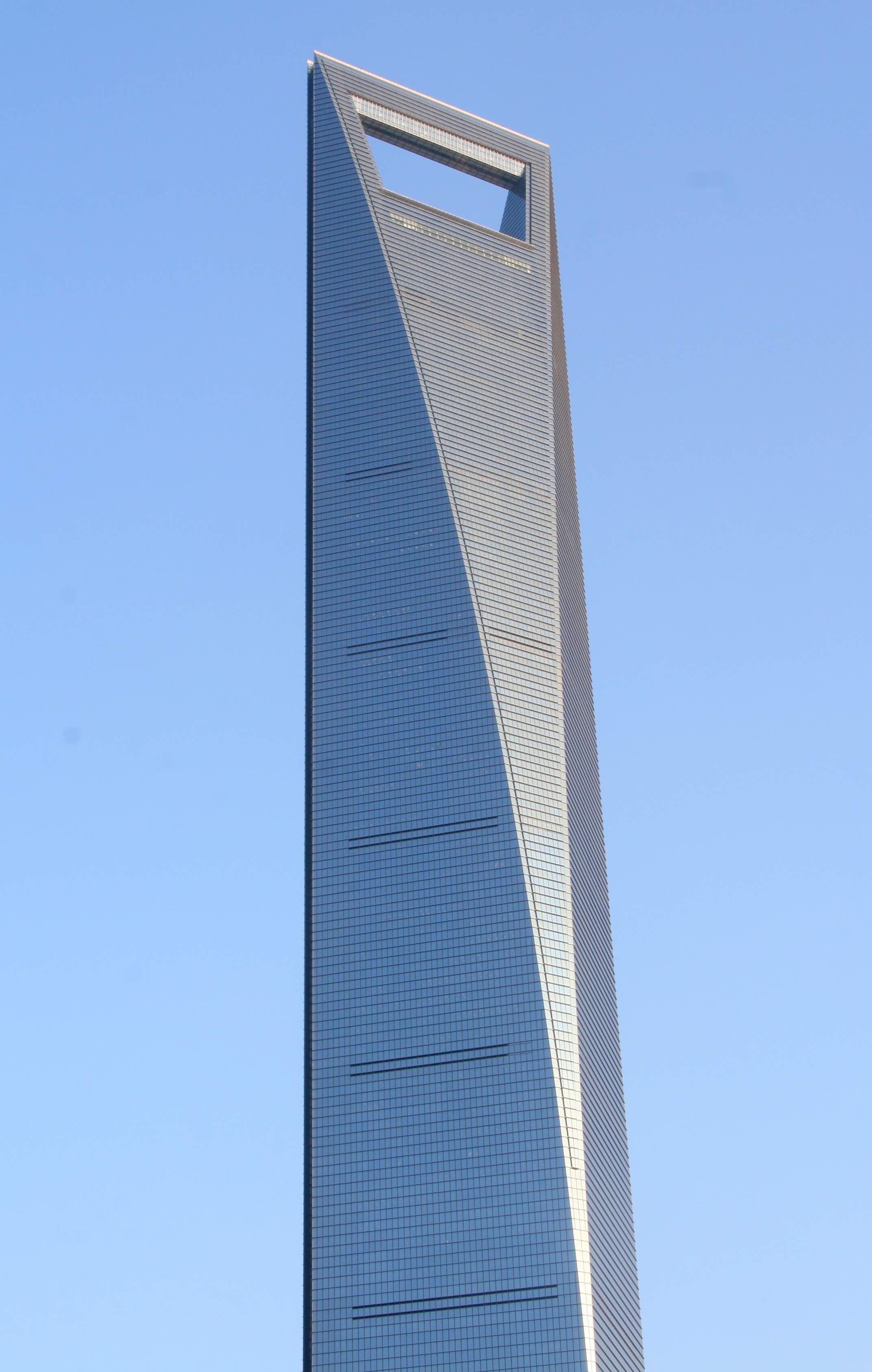 Shanghai World Financial Center used to be the China’s tallest skyscraper (succeeded by Shanghai Tower) standing at 492 meters with 101 floors. The tower not only houses thousands of offices but is also home to Park Hyatt Shanghai Hotel occupying floors from 79th – 93rd and a wide selection of restaurants. The food court is expensive but its definitely worth trying. The most attractive feature for tourists is the Observation deck at 94th floor, called Sky Arena with extensive views of the city, Huangpu River and a unique perspective of the nearby Oriental Pearl Tower. 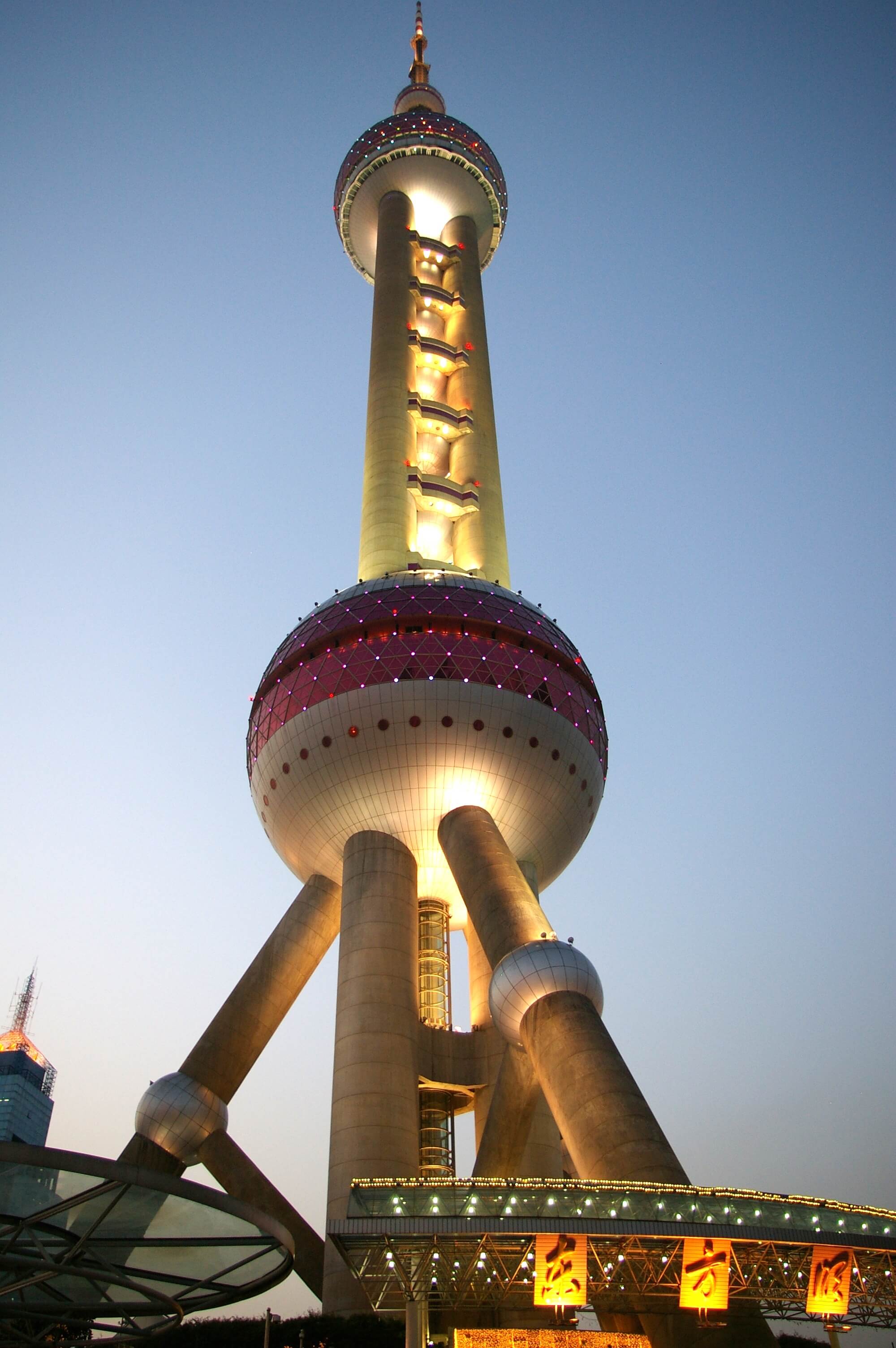 Oriental Pearl TV Tower is the most distinctive tower dominating Shanghai’s Skyline. At the height of 468 meter its world’s sixth and China’s 2nd tallest tv/radio tower. The unique structure and design makes it stand out not only in skyline but even in your memories. Tower is not only unique from outside but inside as well. Prominent features include 11 spheres mostly housing a different attraction in each.

At the base of the tower there is a Science & Fantasy City. The larger lower sphere houses a futuristic Space City and a fabulous sightseeing hall. The other 5 small spheres are part of a hotel with 25 elegant rooms and lounges. The inner tower houses recreational palace and Shanghai Municipal History Museum at the base. And the sphere at the top is for shopping, dining with the popular revolving restaurant.

Oriental Pearl tower holds 15 observatories at different levels starting from the top at the height of 350 meters, called the space module and the lowest of the sightseeing floors at 90 meters, while all the observatories provider amazing views of the city the one not to be missed is the upper observation level with the glass floor at the 80th floor! (Definitely not for those with fear of heights) 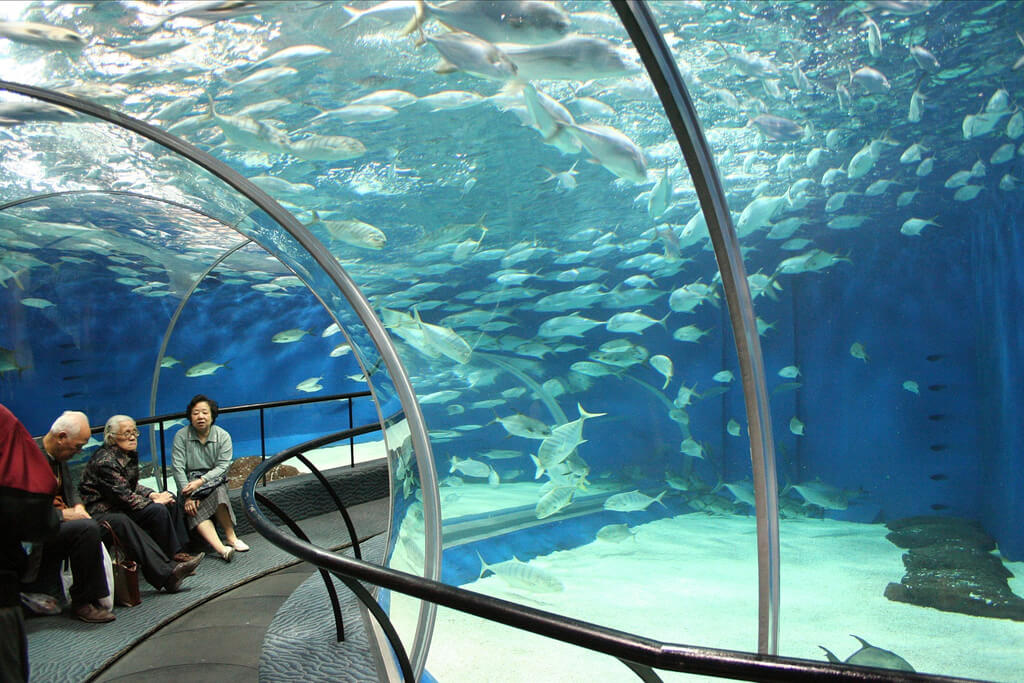 The Shanghai Ocean Aquarium (rightly named) is the biggest aquarium tunnel in the world spanning 120 meters (390 feet), there are dedicated sections for continents and oceans. A trip through aquarium means you have touched most of the major oceans and their unique sea life. The aquarium sections are divided as South America Zone, Australia Zone, Africa Zone, China Zone, Southeast Asia Zone, Sea and Shore, Deep Ocean Zone, Cold Water Zone, Polar Zone, and Special Exhibitions with 15,000 water creatures and 300 species. This is one of the only aquarium tunnel to contain a dedicated section for China’s marine life.

Don’t consider it as an ordinary sea life display with random fishes spread across different sections, the ocean aquarium features many of the world’s endangered species such as emperor penguins, poison dart frogs, jellyfishes, moonfish and leafy sea dragons in addition to China’s own endangered species under national protection such as the Chinese sturgeon, Yangtze alligator, mullet and giant salamander. 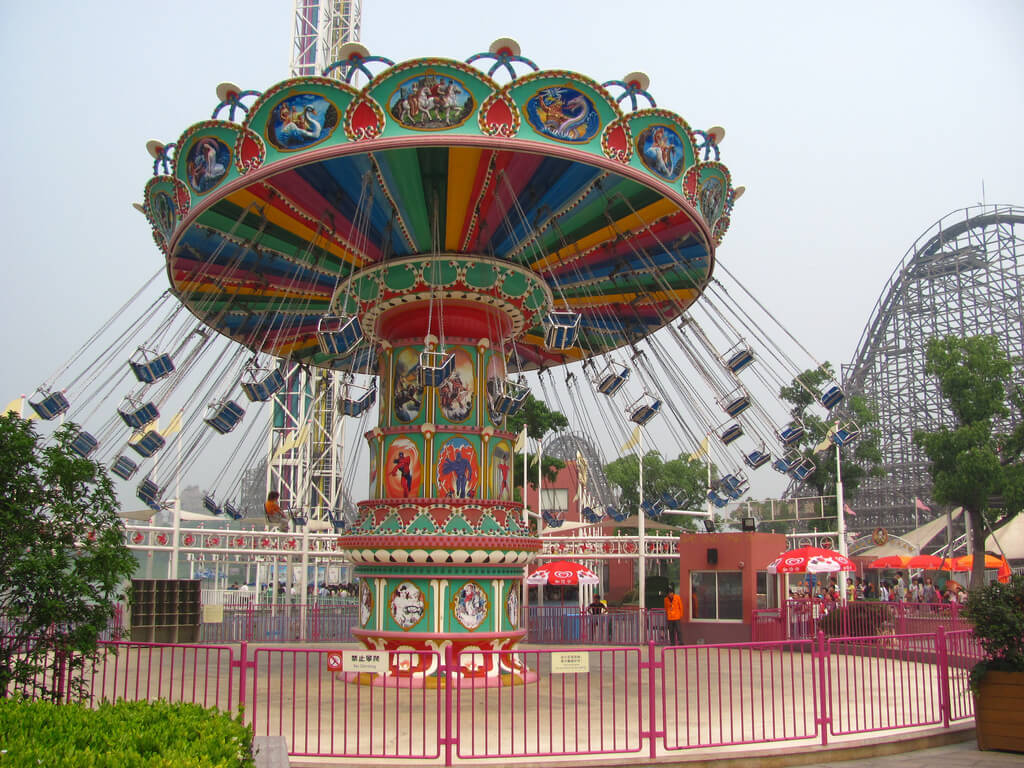 Happy Valley Shanghai is part of the Happy Valley parks chain located in many other cities like Beijing, Chengdu and more. Situated roughly 40 kilometers from Shanghai downtown, park covers an area of around 213 acres. Despite being far from the city center its well connected through bus lines and subway.

Happy Valley is one of the most popular amusement parks in China which makes it a must visit destination. The park is famous for its beautiful views and amazing amusement facilities. The park contains seven different themed sections named Sunshine Beach, Gold Mine Town, Happy Times, Ant Kingdom, Typhoon Bay, Shangri-la Woods and Shanghai Beach. In these sections there are hundreds of other attractions for tourists.

Since we can’t go through them all in detail, here is the one we considered worth mentioning the ‘Flying Cinema’, its a 4k cinema which gives the feeling of flying while watch a movie. You should consider it at least half or a full day trip as there are enough activities to entertain and keep your stomachs full for the day! 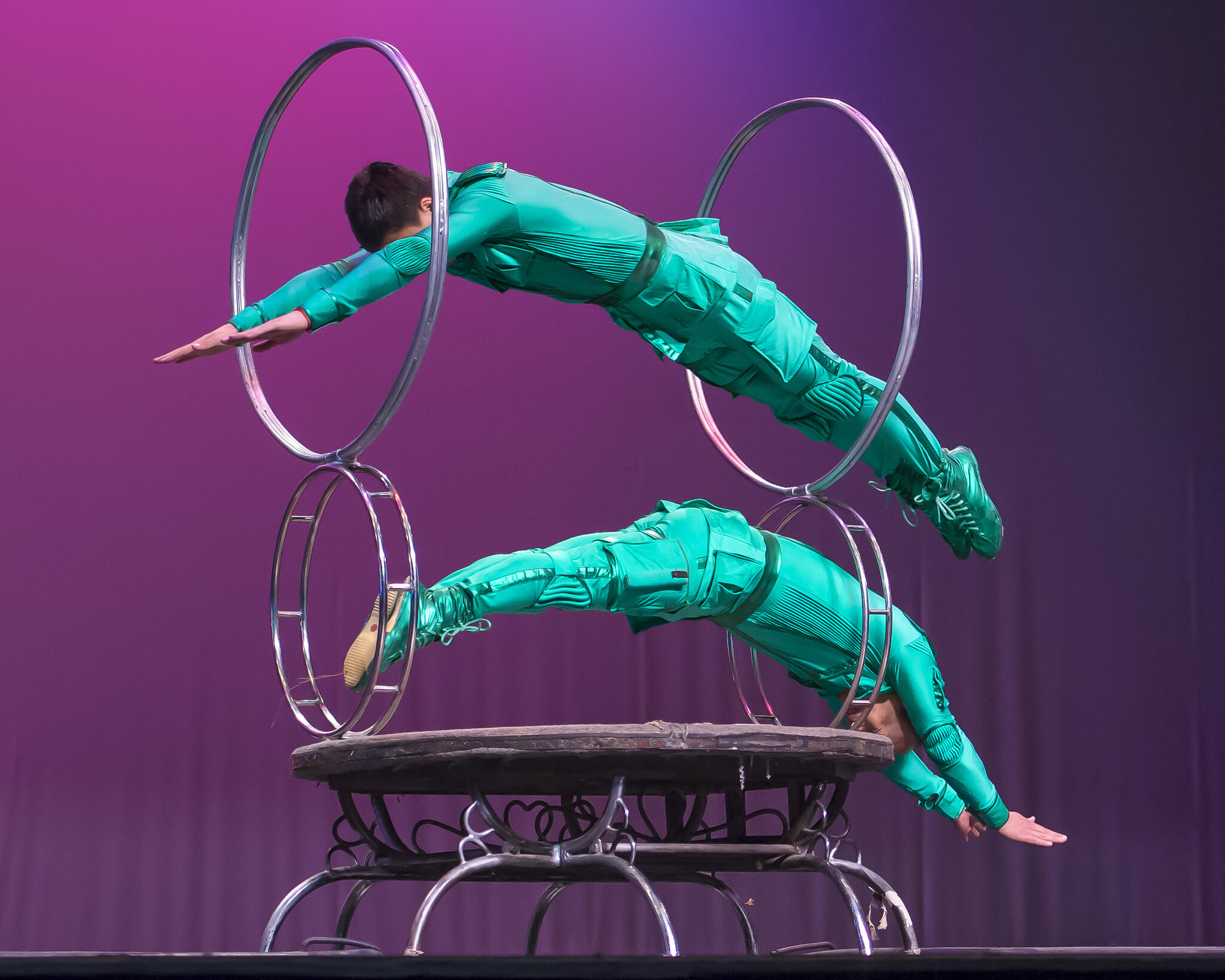 Shanghai Circus World is a permanent indoor circus well known through out China and famous internationally as well for its breathtaking performances. The circus has very advanced performances facilities and features cultural performances, aerobatics, singing/dancing as well as renowned programs such as ‘Shanghai International Magic Festival & Competition’, ‘ERA Intersection of Time’ and ‘Happy Circus’

The stadium has a capacity of 1638 spectators and performances are tailored to adults & kids alike.

BASIC LANGUAGE TIPS FOR YOUR VACATION IN CHINA

Sorry, the comment form is closed at this time.